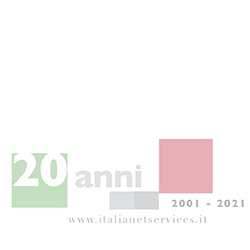 The project involved the construction of the entire wired / wireless network infrastructure, including structured cabling, aerials placement, installation and configuration of active equipment and of management servers.

New Rome (EUR area) Convention Center, called Fuksas cloud. Built with the equivalent of 3 Eiffel towers’ iron, it spreads over a total of about 55,000 m² with a 1,850 seats auditorium, conference facilities comprehending 1,330 m² in total, a foyer measuring about 9,000 m² and 3,300 m² of commercial area.

The project was immediately highly challenging for the structure of the environment in which operates, a cloud! Unconventional spaces, in the name of the curves and grandness, have forced our technicians to work in extreme conditions. Pipelines cabling, following the sinuous lines of the structure, and the positioning of WiFi antennas at great heights, meant everything was special and challenging. The result was equipping the cloud of a ubiquitous network capable of allowing some 8,000 guests to access the Internet in total security and on the move using the latest technologies on the market.

In addition to the inherent difficulties of the work environment as a further challenge we had a strict and short deadline. Work began close to the opening ceremony, a very limited time, in which we had to address and solve major organisational problems, the coordination of human resources, materials management, handling of mechanical equipment, and the continuous review of work plans dictated by the innumerable problems that arose along the way. We installed 256 access points and as many aerials, 70 access switches and 2 core switches; We laid 23 km of cabling.

The work consisted in the complete reconstruction of the International Galileo Galilei Airport emergency lighting.

The extreme difficulty of the work was due to the fact that in the summer the airport closes only a few hours each night, and many operations had to be made in the airport lobby at a height of six meters in only a few available hours by night. Also the work was characterized by an extreme urgency, as it was necessary to have completed the work by a fixed date, including all electrical panels and UPS, and subsequent tests or face the closure of the entire airport by the Fire Brigade for failure to comply with safety standards. The winning solution was a very careful study of the timing and the use of double teams throughout the night work cycle.

Our winning project involved the installation of 64 cameras to be powered by solar panels and by wind turbines in the most inaccessible points of the Tuscan islands, installation sometimes done with the help of helicopters.

All the images captured by the cameras, necessary to thwart intruders in protected areas of the Park and to monitor the avifauna recently reappeared, particularly in Montecristo and Pianosa, were routed via WiFi on a dorsal in 7GHz, made and transmitted in real time to the headquarters of the Park and the Port Authorities.

The winning solutions were the addition of wind generators, very effective on the Tuscan islands and the use of a licensed dorsal providing in future broader developments both for the park protection as well as the monitoring of rare species, not to mention the dorsal designed for the transport of the Wi-Fi services and VoIP.